Trekking in Upper Mustang is a rare privilege that only a handful of travelers gets every year making the trail less crowded. Giving permission to only a few trekkers every year to travel in Upper Mustang is also playing an important role to preserve the nature and culture of the region. Upper Mustang Trek will present you a similar experience as trekking in Tibet because it is at of Tibetan plateau. Until 1950, Mustang used to be a separate kingdom within the confines of Nepal. You will still find the home of the last king in the ancient capital known as Lo Manthang. Only 15 years ago, trekking in Upper Mustang was officially opened for Nepali trekkers. If this is not interesting for you then, Upper Mustang is located in the rain shadow of Annapurna and Dhaulagiri ranges. This means the region receives relatively less to no rainfall while another part of Nepal is dominated by the monsoon season.

Upper Mustang Trek begins with a short flight from Kathmandu to Pokhara. From Pokhara, you will fly to Jomsom, one of the most beautiful regions of Nepal. Leaving Jomsom behind, you will trek to Kagbeni and head towards Chele via Chhusang. The trail from here will take you all the way up to Lo Manthang via Ghilling, Ghami, and Charanag. The trail will be full of ascends and descends. You will get to explore several monasteries and gompas throughout the trek. You will take an acclimatization day in Lo Manthang and explore the valley. You will visit the king's palace, ancient monasteries, caves, and a museum. You will also go on a short excursion to popular Chooser village. Spending a day here, you will descend down to Jomsom via Ghar Gompa, Chele, and Kagbeni and fly back to Pokhara.

Upper Mustang Trek is a moderate trek. However, the isolation of the trail made the journey more tiring and difficult. Most part of the trail does not have any human settlements means no food and water can be bought on the way, which means you have to make sure you are self-sufficient with enough food, water, and fuel. Plus, you have to trek 6 t 7 hours on average on a daily basis. Therefore, you have to be in good shape to go on Upper Mustang Trek.

From mid-March to November, you can go on Upper Mustang Trek. May holds one of the major festival of the region, Tiji. Trekking during this period of time will give a deeper insight into the tradition and culture of locals. Similarly, June to August is also a good time for trekking when every part of Nepal will be receiving heavy rainfall while this region is good to go. Be the part of adventurious journey with us and we Snowland adventure is the team of enthusiastic workers so our guest's safety and comfort is our team's first priority. We will make sure, with us, this trip will become the lifelong memory of your life.For any other inforamation regarding Upper Mustang trek cost, Map or Upper Mustang trek itinerary,please feel free to contact us anytime.

Due to global warming the weather into the mountain and  hilly region has changed unusually. Because of this, we are facing some problems of bad weather, heavy rainfall, land side, highway blocked, flight delayed or even cancelled for a day. Some time because of the road traffic, we couldn't arrive on time. It may  happen any time of the year because we can't predict the weather condition and other situation.Therefore, if possible, we would like to suggest adding an extra supplement day before your international flight. If everything is going well, you have a beautiful day to visit any interesting place in the historical city. 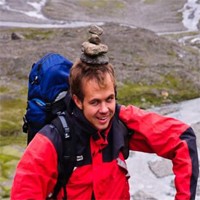 An amazing trip with Ram !

We first visited the Upper Mustang with Ram, wich was umbelievable ! Mountains, culture, temples, paintings, landscape and food were like a dream... Then we follow the trek to the Thorung La pass (from west side to est side) and Ram was a perfect guide for this hard part of trek. He accepted to take our bag because one of us had mountain sickness. He was patient and smiling, as often ! We can assure to you Ram is the best guide than ever ! Thank you sooooo much !